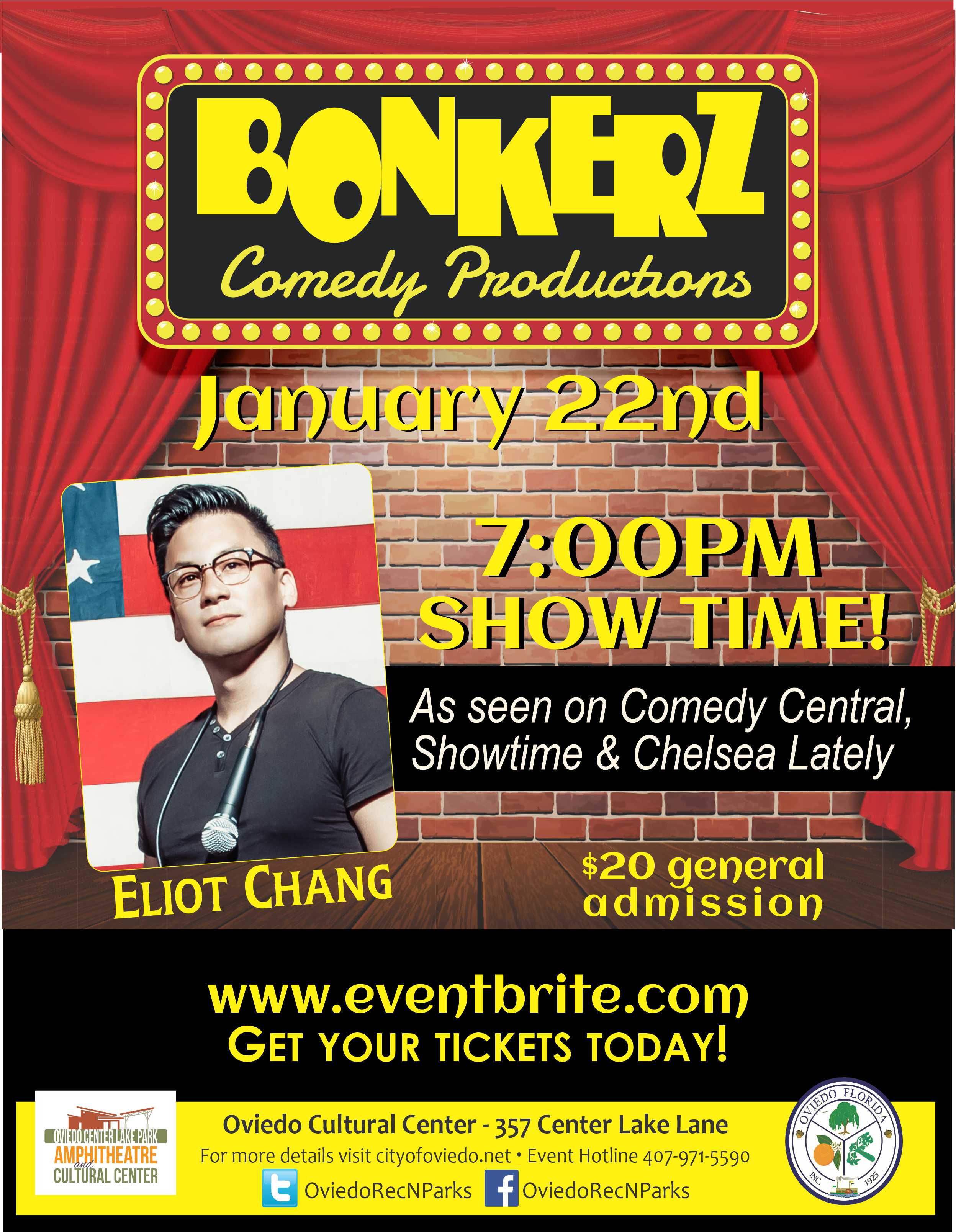 It has been said that laughter is the best medicine. With that being said...

Bonkerz Comedy Night is back at the Oviedo Cultural Center, featuring Eliot Chang from Comedy Central, Showtime Presents, and more!

Eliot Chang is known for his two Comedy Central specials, and seen on E!'s "Chelsea Lately," and his Showtime presents specials. His viral videos have received millions of views at youtube.com/EliotChangOfficial. Originally from New York City and now based in Los Angeles, he has toured all over America, Europe, and Asia. This comedian is also an actor and improviser. He studied improv in NY at the Upright Citizens Brigade and then with Armando Diaz at the Magnet Theater.

Doors and bar open at 7pm, hilarity ensues at approximately 8pm, show ends around 10pm.
Show is 21 and older. FOOD IS NOT AVAILABLE.

Early Bird Tickets are SOLD OUT!