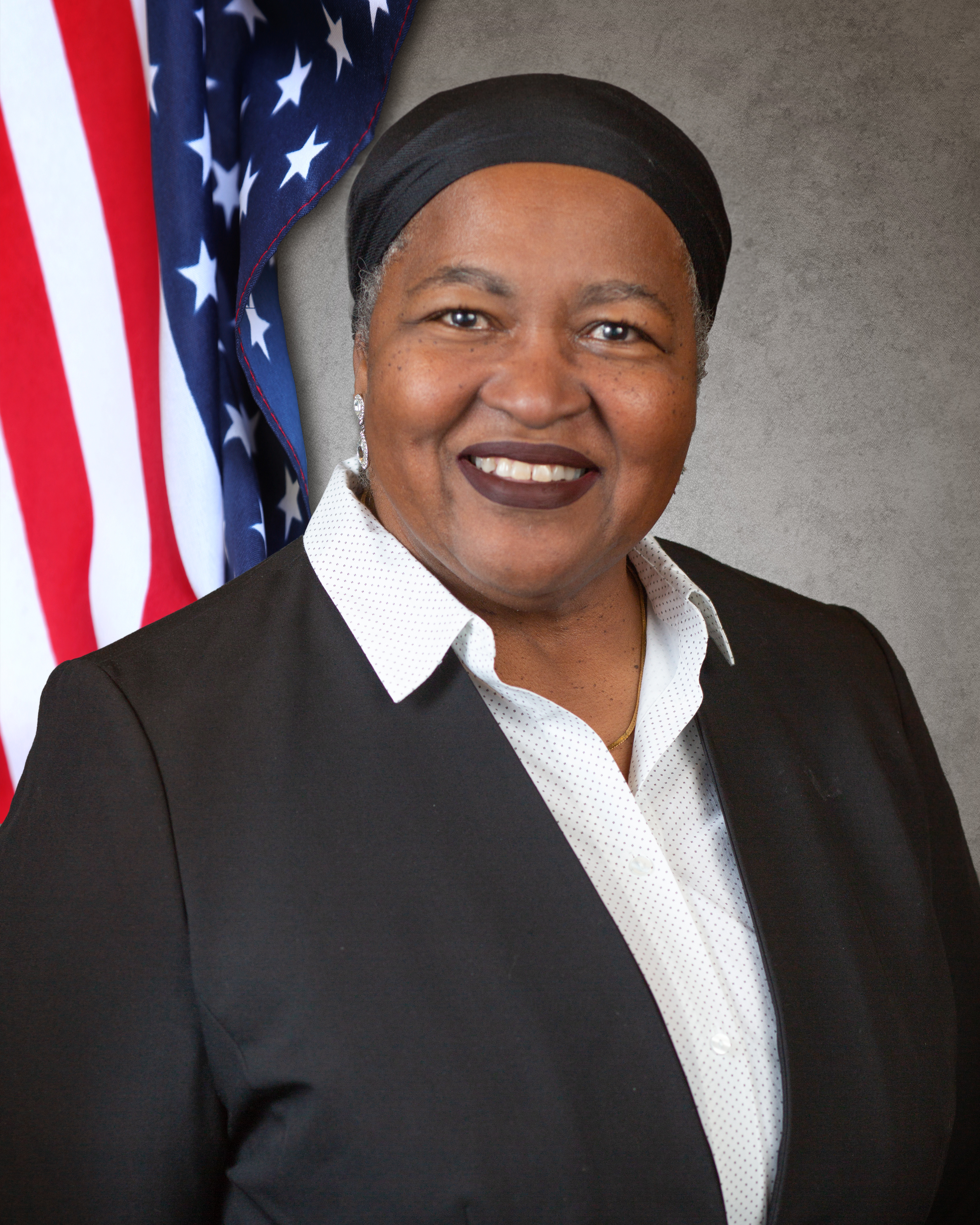 Judith Dolores Smith is the granddaughter of Colonel Butner Holmes and Melinda Gibbs Holmes, who arrived in the Oviedo area in the early 1900’s. C.B. (Cap) Holmes attained a land patent from President Woodrow Wilson in the early 1920’s for 80 acres.

Judith attended the Jackson Heights Elementary Colored School, where her mother, Gladys Holmes Smith was a teacher, until 1967 when school integration transferred all students to the Oviedo High School campus at the site of the current Lawton Elementary School. One year later, grades 9-12 were transferred to the current site of the Oviedo High School.

Judith graduated from Oviedo High School in 1972. She was voted class president of her senior class. She attended and graduated in 1975 from Lincoln Memorial University in Harrogate, Tennessee with a major in Psychology and minors in Spanish and Economics.

Judith worked as a Social Worker with the State of Florida and, also, briefly at the maximum security women’s prison in Broward County as a correctional officer. She transferred to the State Psychiatric Hospital in Hollywood, Florida and later worked as a Psychiatric case manager in several outpatient mental health clinics. While working full time, Judith and her husband began several businesses: janitorial service, hardware and software installation, computer ribbon recycling, self-publishing editor, and a cake shop: “Cakes by Judith and Gladys.”

Judith has written four books. One book is entitled “The Pictorial and Written History of the Oviedo Area Colored Schools from 1890 to 1967”. She is the President of the Historic Jamestown Colored School Museum Foundation. She is Chief Financial Officer for Trinity Care Ministries, Incorporated. She was fortunate to travel on a mission trip in 2006 for the ministry to Nigeria.

Judith is an avid reader; preferring biographies. She also is an avid student of Hebrew; having begun study in 1994. She traveled to Israel for a month in 2006 to study Hebrew in an Ulpan, a Hebrew Language School. She continues weekly Hebrew study presently.

Judith has been married to John R. Jones, a native of Clermont, since 1975.

Judith’s deep roots in Oviedo will add a new perspective to the Oviedo City Council.